So Soon The Dark 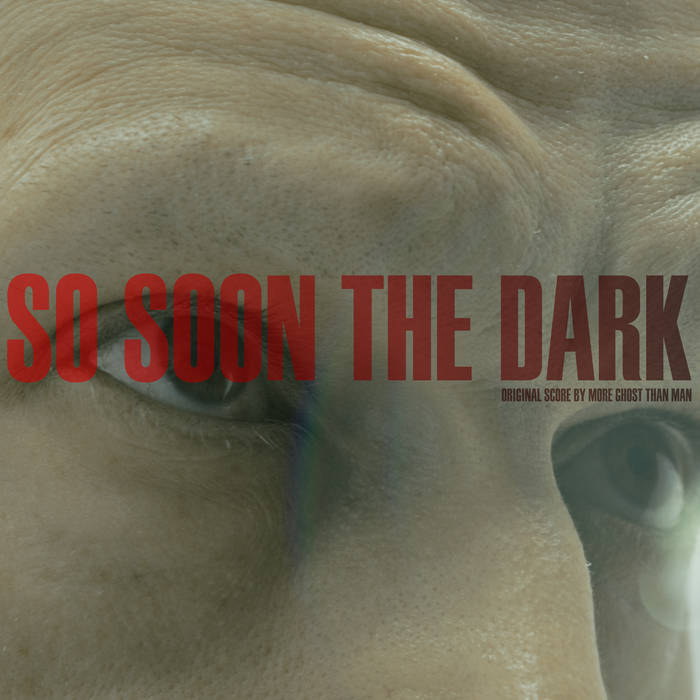 MDonaldson (8sided.blog) Terry Grant excels at casting ominous electronic soundscapes. Combined with the haunted dystopian imagery of his 16-minute sci-fi film (included with the album download) he's come up with a work that really gets under the skin. Ominous tunes for ominous times. Favorite track: The All-Seeing Eye.

2018’s Everything Impossible Is Far Away was a detour on More Ghost Than Man’s tangent, an episodic series of songs that expressed Terry’s imaginary movies. So Soon The Dark is a sonic companion and continuation of the experiment. Where the previous release imagined its movie, So Soon The Dark’s music and soundscapes accompany a short film with the same title.

Starring, written, and directed by Terry Grant, So Soon The Dark (the movie) concerns the undoing of a damaged man as he experiments with technology in a reach for immortality. The music came first, its moody, futuristic tones and ominous drones inspiring the plot, look, and pacing of the film. Thus it’s no surprise that the soundtrack to So Soon The Dark satisfies as a stand-alone album. The songs serve to bend the listener’s environment. More Ghost Than Man’s textures — reminiscent of the work of Jóhann Jóhannsson and Cliff Martinez — inspire new mini-movies to form. It’s the sound of an uncertain future wrapped inside the turbulent present, where hope is found in the ingenuity of imagination.

There’s a line from Sum: Forty Tales from the Afterlives by David Eagleman, which goes: “There are three deaths: the first is when the body ceases to function. The second is when the body is consigned to the grave. The third is that moment, sometime in the future, when your name is spoken for the last time.”

I’ve seen some version of this attributed to Hemingway (and Sartre before him), but in each instance, the message is the same: It’s the idea of you - the memory, the story - that truly matters. Not the mind, and certainly not the body.

Aside from being one of the most terrifying thoughts I’ve ever seen committed to paper, I’ve always found it to be an interesting jumping-off point for a story. So that’s how the film project began.

I had the initial idea - a man interfacing with a robot so that one (or perhaps both) can live vicariously through the other - swimming around in my head for ages. Combining it with the idea of that quote above is what really set things off.

Since the album actually existed first, I used it as a mood board of sorts while writing. The music informed the narrative, and eventually, the narrative informed the music as well, since I ended up writing two new pieces once the film was shot.

Under normal circumstances, it might be considered a minor miracle that the music and film fit together as easily as they did, but considering how intertwined they were during the whole process, I suppose it isn’t all that surprising.