Everything Impossible Is Far Away 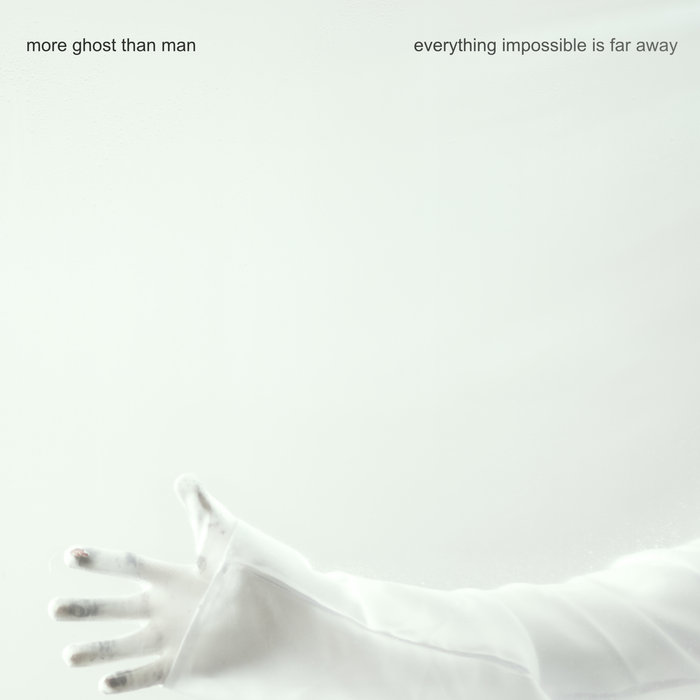 MDonaldson (8sided.blog) 'Everything Impossible …' gives us the darkness and the light, though mostly darkness. But its foreboding soundtrack suits any lonely occasion, deepening the environment and sending thoughts into subterranean whirls. Best of all it's a musical trip, with striking melodic phrases appearing when one least expects. A sublime effort. Favorite track: Open Your Eyes.

Everything Impossible Is Far Away is a detour on More Ghost Than Man’s tangent, an episodic series of songs that expresses Terry’s imaginary movies. Inspired by classic film scores from the likes of Morricone and Vangelis, and contemporary composers such as Martinez and the recently departed Jóhannsson, Everything Impossible Is Far Away is a sonic mood-board of evocative design, swirling atmosphere, dark texture, and unexpected rhythm. The result is a striking departure on More Ghost Than Man’s crooked path, akin to an album artist tackling a film score as a stimulating side hustle.

Terry Grant’s music has always featured an implied visual element, as filmmaking is a significant influence on his persistent creativity. Everything Impossible Is Far Away aims to create short movies in the minds of its listeners. And More Ghost Than Man takes this further, as short films inspired by these tracks will materialize under Terry’s direction. These sounds echo in the cinema of imagination.

“The record was inspired by a lifelong obsession with genre filmmaking that has been gestating ever since I first saw the opening shot of Blade Runner as an 8-year-old. The role that music and sound play in films of that nature — especially ones with unconventional narratives — is integral and inseparable. I can’t imagine Blade Runner without its iconic synth score any more than I can imagine Under The Skin without its minimalist, percussive score. So the inspiration for the album comes as much from directors like Scott, Kubrick, and Tarkovsky as it does from Vangelis, Jóhannsson, and Richter. I constructed the initial tracks for the album in a fashion similar to the way that a Hollywood sound designer might work. A lot of unconventional sound sources (metal pots and pans, a large water heater tank, radio signals from space, recordings of a baby crying, and so on) were sampled and digitally manipulated into interesting soundscapes. I then built the tracks from there, in a more musical direction.”