The Worlds We Made There 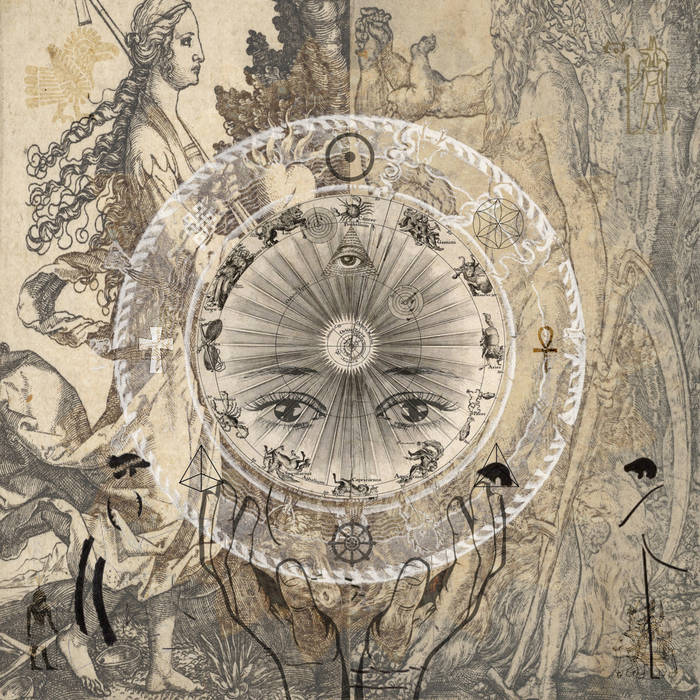 SLYNAMIC An alchemical, auditory psychedelic trip in all the best ways. Favorite track: Demons for the Void.

MDonaldson (8sided.blog) Rarely are texture and melody so seamlessly entwined, familiar but distant in a way that evokes world-building (perhaps the inspiration for the title?). Terry knocked this album out of the park and it's certain to get added to the 'future classic' category for anyone lucky to hear it. Damn. Favorite track: Demons for the Void.

Over the past year, we haunted our houses. Locked down and locked in, we were like invisible, floating spirits helplessly watching the world pass. We had to find a way to cope, to deal with the frustration, confusion, and often fear that ruled our days. For Terry Grant, recording as More Ghost Than Man, this state inspired him to reassess the direction of an album near completion. It's not that The Worlds We Made There — initially scheduled for last year — would have sounded that much different. But this new world, with all its trauma and baffled expectations, called for a different kind of album. So Terry sunk himself back into it for the entirety of our pandemic year. Re-make, re-model.

Polymathic musician Terry Grant envisioned More Ghost Than Man in a separate territory than his pre-existing discography (which includes vocal collaborations with dance music luminaries like John Digweed and Luke Solomon). More Ghost Than Man is grittier, darker, and explores in-between spaces. Most of all, it's a chance to come clean and survey the fringes. More Ghost Than Man also blends the growing influence of film on Terry's art, as songs follow his movie visions suggestively and, as in 2019's So Soon The Dark, literally. Take his songs as mind movies realized, but the footage now seems scratchier and increasingly sourced from covert surveillance.

That brings us to The Worlds We Made There, the second long-playing effort from More Ghost Than Man. It's an album that began with confidence back in the distant year of 2019, but the jarring shift into the new decade infused it with uncertainty and absurdity. The songs feel vibrant and lush, filled with intimate textures that shimmer with warmth, but there's an undeniable tension. Uncomfortable emotions lie under the surface. "I blame the majority of it on the stress of living through a catastrophic tornado," explains Terry, who resides in Nashville. "As well as a pandemic that destroyed the industries I was a part of and a particularly terrible election year — all at once. I was genuinely angry, and I used that energy to write the album. It ended up a shout into the void about the way the world seems to be falling apart at the seams."

But Terry's anger-channeling serves as a dramatic push-and-pull with the otherwise spacious and, yes, beautiful sounds found on The Worlds We Made There. Let us consider "11811," which pulsates like a sort of techno-rhumba, as nimble bass guitar riffs dance around the rhythm and Terry angelically sings above it all. It's only upon closer listening does one decipher Terry's lyrics: "I would pay to watch it all burn down."

"Demons for the Void" is also a highlight, with its heart-pump rhythm, restrained but evocative vocal, and swampy slide guitar, all coming together like Massive Attack hanging out in a bayou. Terry's vocals integrate seamlessly with layers of atmospherics and mood sweeps on the leisurely soaring "A Penny Sitter." And Swamburger, lead MC of the Orlando collective Solillaquists of Sound, makes a surprise appearance on "OnaFly." This cut showcases the experimental reach of Terry's production as he assimilates and twists apart a UK grime influence, spinning this quotation into pure beats and flash.

The other six cuts on The Worlds We Made There maintain this tug-of-war between sleekness and intensity. Says Terry, "Even the pretty songs are a yelling match between myself and the aether." It's a lovely sort of tension, like the one humming amongst the beauty of those things that make our world bearable. The ghosts we live with every day are the ones murmuring below the surface.